The official national currency in Laos is the Lao kip (LAK). Although only kip is legally negotiable in everyday transactions, in reality three currencies are used for commerce: kip, Thai baht (B) and US dollars (US$). In larger cities and towns, baht and US dollars are readily acceptable at most businesses, including hotels, restaurants and shops. 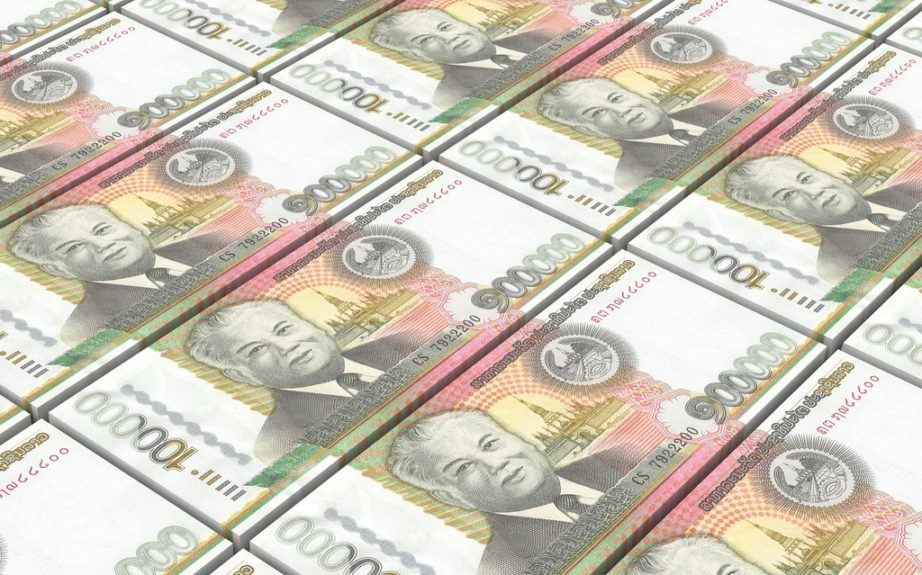 In smaller towns and villages, kip is usually preferred. The rule of thumb is that for every day small purchases, prices are quoted in kip. More expensive goods and services (eg long-distance boat hire) may be quoted in baht or dollars, while anything costing US$100 or more (eg tours, long-term car hire) is quoted in US dollars.

Despite experiencing relative stability in recent years, the kip cannot yet call itself a stable currency. As such, prices in this guidebook are given in the US dollar equivalent.

The Lao kip is not convertible to any currency outside of the Lao PDR. Because of this, the only reliable sources of foreign exchange information are those inside the country.

Laos relies heavily on the Thai baht and the US dollar for the domestic cash economy. An estimated one-third of all cash circulating in Vientiane, in fact, bears the portrait of the Thai king, while another third celebrates US presidents.

For larger transactions the dollar and the baht are favoured. They also make carrying money less of a hassle; five 1000 baht notes –about US$135 worth – are quite a bit easier to carry than 135 10, 000-kip notes. If you plan on making frequent transactions of over US$20, you can save luggage space by carrying most of your cash in baht and/or dollars, along with smaller amounts of kip.

Once you leave Laos no-one – except perhaps other travellers on their way into Laos – will want your kip, so spend it before you go.
Credit cards

A growing number of hotels, upmarket restaurants and gift shops in Vientiane and Luang Prabang accept Visa and MasterCard, and to a much lesser extent Amex and JCB. Outside of these three towns, credit cards are virtually useless.

Travellers on their last kip have been giving thanks that ATMs have made a tentative landing in Laos. But before you get overexcited, the ATMs are only in Vientiane and dispense a maximum of 700,000 kip (about US$70) a time, with each withdrawal incurring a US$2 fee from BCEL. If, like most of us, you also have to pay extortionate charges to your home bank on each overseas withdrawal, that doesn’t work out so well. So taking your plastic into the bank itself might still work out cheaper; see right.

At the time of research ATMs dispensed cash – in Lao kip – to Visa and MasterCard accounts only, despite stickers promising access to Cirrus and Plus accounts. This might change, but don’t count on it. We met one traveller who had to go to Thailand to access his cash – an expensive diversion when you consider he needed to get a new visa to come back.

After years of volatility the kip has in recent times remained fairly stable at about 10, 000 to the US dollar. Don’t, however, count on this remaining the same.

Exchange rates are usually virtually the same whether you’re changing at a bank or a moneychanger. Both are also likely to offer a marginally better rate for larger bills (US$50 and US$100) than smaller bills (US$20 and less). Banks also tend to offer better rates for travellers cheques, though the whole process of exchange is much more protracted. Banks in Vientiane and Luang Prabang can change UK pounds, Euros, Canadian, US and Australian dollars, Thai baht and Japanese yen. Elsewhere most provincial banks change only US dollars or baht, though you might get lucky.

The best overall exchange rates are those offered at the BCEL. Lao Development Bank has similar rates.

Licensed moneychangers maintain booths around Vientiane (including at Talat Sao) and at some border crossings. Their rates are similar to the banks and they stay open longer.

It can sometimes be difficult to change travellers cheques because the bank won’t have enough kip, especially in more remote provinces, so check that the bank can cover your cheques before you sign. Hence organising your stash of cash before you leave a big town is highly recommended. If you plan on carrying US dollars or baht, stock up before you arrive in Laos. If you want to buy these currencies in Laos head to a market in a larger town or city, ask around for a money changer and don’t expect great rates.

Exchange rates at upcountry banks tend to be slightly lower than what you’d get in Vientiane, despite the fact that the national bank mandates a single daily rate for all government banks. 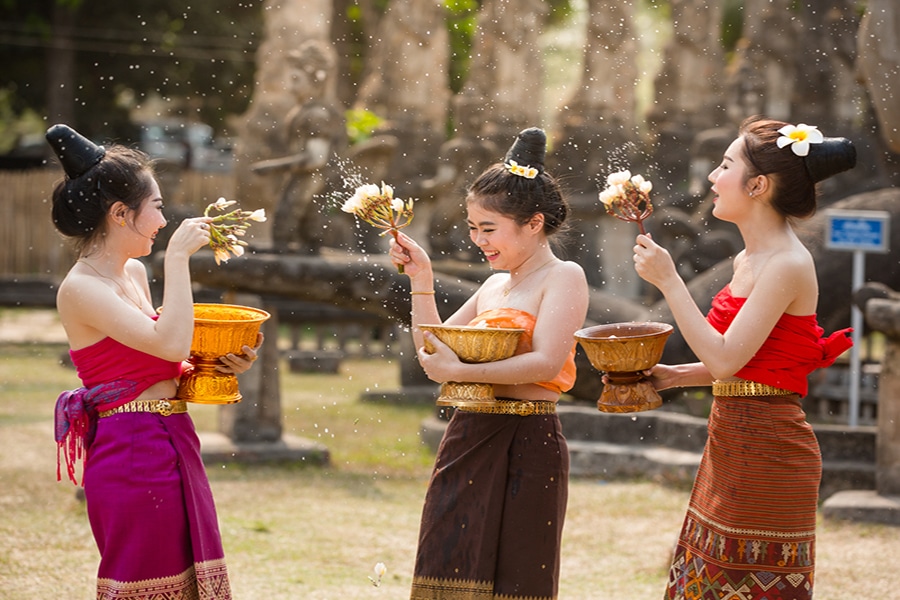 All Passport and Visa Requirements When Traveling to Laos 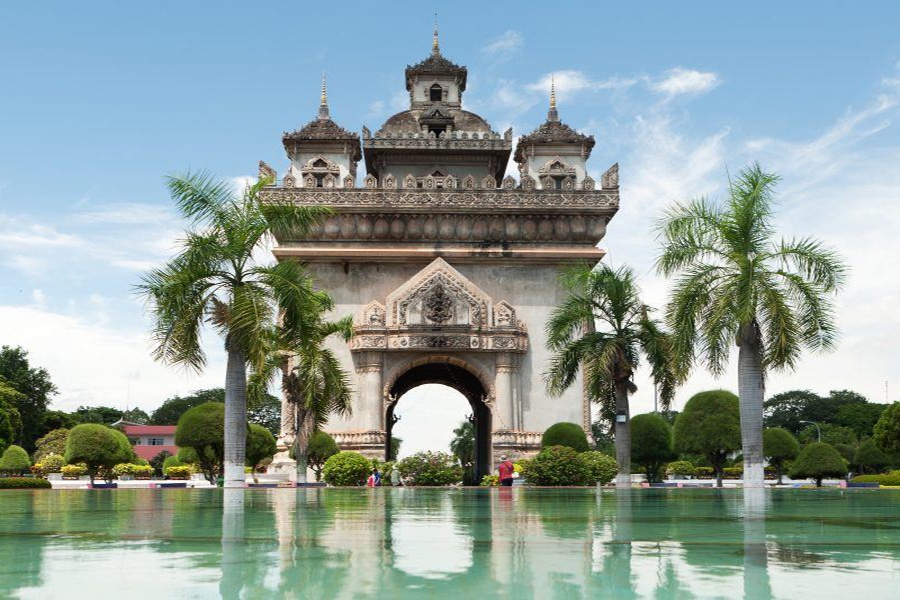 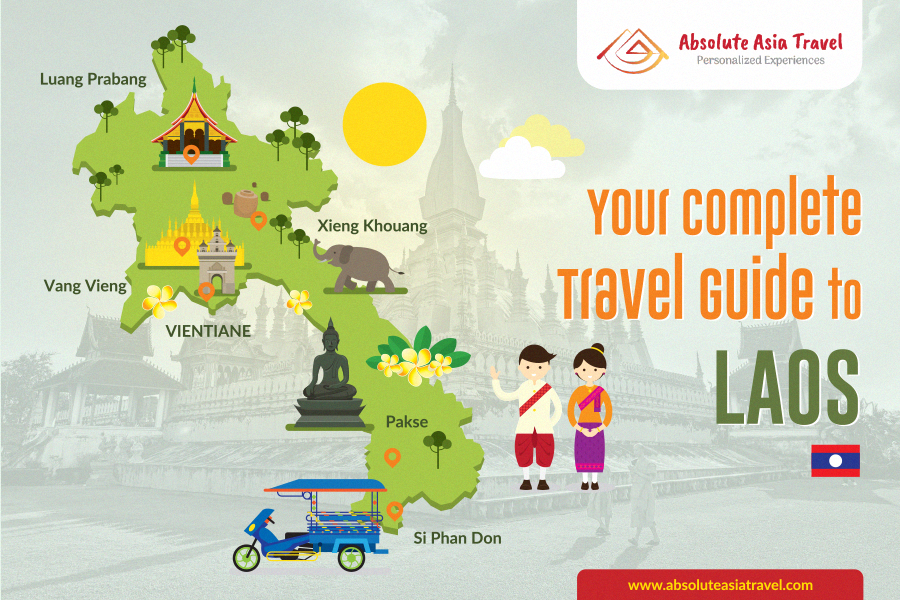 The Complete Travel Guide to Laos

Although Laos is a lot less visited than its neighbors, it is definitely a beautiful, friendly and exotic country that deserves a spot in every traveler’s list. This landlocked country is steeped in nature, culture, history, and religion. Its beauty lies in its landscape featuring incredible karst and limestone mountains, lush jungles, hidden caves, terraced ... Read more
read more