To tip or not to tip, that is the question that plagues vacationers while traveling in Vietnam. We are so used to American and European cultures but sometimes so clueless as to how services in Asia should be tipped. Perhaps a complete guide to tipping in Vietnam will help you solve this dilemma. Just imagine, you’re cruising down the Mekong Delta and your boat driver shares his drinks (not included in the fare) with you and says it’s free as he noticed how parched you seem to be. Do you tip right away or wait for the end of the service? Or do you just say cảm ơn bạn?

It might be a bit vague as tourism in Vietnam is still in it’s earliest stages, but Vietnamese are saying that tipping in Vietnam is not customary and perhaps even in its infancy in the country. Vietnamese people are hard workers, and their minimum wage ($200) is less than their average monthly expenses (at least $300). Most of them are pushed to do overtime, and have other jobs on the side, just to get by.

So in a way, tipping in Vietnam helps the locals, and it is highly appreciated.  So if you did enjoy the service, if the person went the extra mile, or you are just particularly satisfied with everything, then, by all means, leave a tip.

But do you know how much to tip and which sectors of the hospitality industry expect tips (and which do not)? Then you’re in the right place. Conveniently, a complete guide to tipping in Vietnam is about to start.

Beginner Tips for Tipping in Vietnam

First of all, tip in Vietnamese dong. Giving them dollars or other currencies seem to be disrespectful for them. Be sure to change your currencies before seeking out spas, riding in taxis, or eating out.

Secondly, when eating in restaurants, especially in hotels or fancy places, check your bill. Most of the time, there is a service fee that is included. Unfortunately, this doesn’t always go to the staff.

Third, always give the money personally and discreetly. Don’t leave it on car seats of taxis or motorbikes or tables in restaurants. Try to always make it personal.

Fourth, make sure that you have small money. This is in case you want to pay for the exact amount.

Coming from the airport or after getting down from a bus, the first Vietnamese that would offer you service would be the taxi drivers (or the motorbike drivers, depending on your preference of course). Taxi drivers, in general, do not expect any tips. You can give them the exact amount. But if you feel like the driver was exceptional, you can tell them to keep the change.

However, prepare yourself for some greedy taxi drivers who would pretend that you’re not paying any attention to the meter. Sometimes they won’t return your change. But if you don’t want to tip them, ask for it back.

Hotel personnel can be the receptionist, housekeeping, bellboy, and so much more. But don’t fret, tipping in Vietnam is easy to remember whilst in hotels. There is a wide range of hotels that you can stay in – from luxury 5-stars to mid-ranged 3-stars, budget hostels to Airbnb. So how much you tip depends on how much you paid for your accommodation.

The basic tip for bellboys who helped you carry your luggage to your room will be $1, but if you’re staying in a 5-star hotel, add more. The same goes for the hotel’s housekeeping crew. You can leave $1 each day when they do come to clean your room. Add more if it’s a fancier hotel.

The next interaction that you might find yourself dealing with will be the restaurant’s waiting staff.  Most, if not all, of the restaurants in Vietnam, have an included 5-10% service charge as an automatic addition to the bill. In this case, you can just round off your bill and leave your change. If the service charge is not included in the bill, tip your waiting staff 5-10% of your bill. Tipping in Vietnam is simple, isn’t it?

Now, bartenders are a different thing. They have to be tipped. And not just a dollar, possibly $5 and more. For the service they give, they are not paid well and rely heavily on tips.

Tipping in Vietnam spas is somehow expected as the Vietnamese are known for giving great massage services. If you go to a high-end spa, especially in 5-star luxury hotels, there is already an included tip in your bill. But of course, please feel free to tip 15-20% if the service was exemplary. Or give at least $5, especially when the tip is not included in the bill, which is in the case of non-hotel spas. For beauty salons, about 5-10% is a good tip. But if you are not satisfied with the service, it’s also okay not to give anything.

A complete guide to tipping in Vietnam is not comprehensive without the tour guides. And yes, of all the services mentioned above, tour guides are the only ones who would expect to be tipped, regardless of the outcome of your tour. They work hard, away from their families and their job usually takes days before they can come back home. Tip at least $10 and more if they went above and beyond.

When you receive services, you might think it’s just a job for someone. But it’s not. It’s a way of living, their family relies on it for food, for rent, for bills, for good welfare. It might be the last thing on your mind when you go on a vacation, but its the first thing that these service people think of because of how much it helps them go through their everyday lives. It’s a good thing that a complete guide to tipping in Vietnam is right here at your disposal.

Half of the amount of the guide would be appreciated

Ethnic markets are trading markets taking place weekly or monthly on specific days. This type of market is distinguished in a number of rural areas in Asian and African countries, usually among minority ethnic groups. In Vietnam, Lao Cai is among the provinces where ethnic markets are extremely unique and intriguing. This is also a ... Read more
read more

Unique ‘Rong’ house in the Central Highland of Vietnam 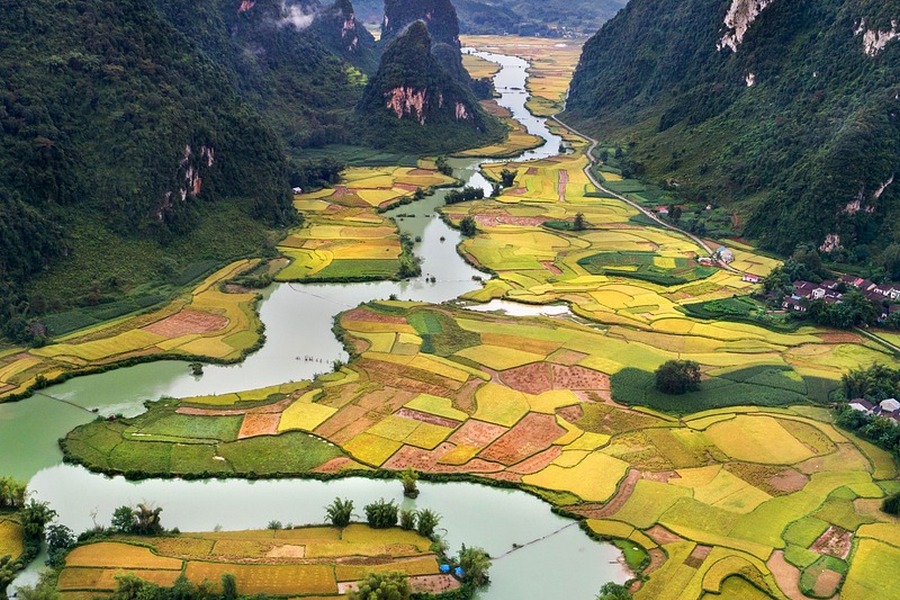 You are looking for few suggestions to combine some or get off the beaten track routes? Here is a list that will allow you to experience the raw beauty of the country. Check out these fantastic destinations all over Vietnam! Ha Giang Ha Giang is Vietnam’s northern-most province, 320 km away from Hanoi. The ... Read more
read more