There is no doubt that cultural shows are to bring back the bygone eras. And from that we gain an artistic yet insightful look into the culture of one country. In this post, we would love to recommend the list of our 6 favorite cultural shows in Vietnam. They range from the traditional performances in the backdrop of communal house’s yard to the modern theatrical shows that are delicately choreographed. Well, there’s no mystery as they all are top-rated on TripAdvisor, we just like to add some of our personal thoughts.

“My village” is an exquisite merger of custom and novelty, where the beauty of Northern Vietnamese village’s life is poetically presented under new circle approach. This show had a very successful time of taking a world tour from 2009 to 2012, in Asia, Europe, America and Australia.The latest abroad show was at the Sydney Opera House in last June. However everyone would probably agree that there is no better place to see a traditional show than its home country, right? The music plays an important role in recreating the ancient atmosphere of Northern Vietnam’s rural life. 20 different kinds of folk instruments are being used to excellently intermingle with juggling, acrobatics and bamboo cirque. The moves of performers are aesthetic and at the same time carry a lot of emotions, from amusement to tension. From all of these, daily lifestyle of indigenous villagers are recreated vividly on the stage, from fishing, farming to gathering. At the end, the most popular feeling of the audience is that we all wish it would last like 6 hours rather than 60 minutes.

This show is surely the most suitable one for your kids due to its advanced stage effects and colorful costumes. The name of the show- Ionah which means “Hanoi” spelled backwards. And just like its name suggests, the show is where the old fairy tales are restaged by modern theater arts to create a pure yet passionate Hanoi. Regarded as the Cirque du Soleil of Vietnam, this 90-minute performance is filled with various types of art which splendidly blended together and presented on stage. It’s not an overstatement to say that Ionah has everything that a show needs and even beyond, from belly dance to hip hop, from the iconic images of Hanoi like Long Bien bridge, 36 old streets to the dreamy ones only visible in the wonder land of Ionah. Other elements are exclusive costumes for each character, 3D background, lights, the arts of circus and gymnastic. In short, everything. This is truly a journey of emotions which will take you from excitement, fright to deeply moved, and joy at the end. Watch the show and you can literally see how much the creators love Hanoi. The dynamic connection between performers and audience throughout the show definitely wins an extra point in the traveler’s hearts.

Be inspired from the farming culture and village life of the Tonkin- the agricultural region around Red River Delta, North Vietnam, the show aims to celebrate the heritage of Tonkin. An hour ride away from busy old quarter of Ha Noi, you’ll reach the location. The unique stage is set on water and leans on the Thay mountain which adds an extra sense of countryside. Complemented by stunning 3D visual effects, authentic costumes, live music, choreography, the audience will be taken from folklore, music, poetry to water puppetry and Buddhism. In short, this show is able to recapture the key elements of Vietnamese village life. Regarding to the cast, there’re over 200 performers. In which half of them are the professional artists, the other half are the farmers of Sai Son commune. In day time, they work in the field, at night time, they become artists on the stage. After all, who can deliver the story of Tonkin better than the villagers themselves? When it comes to a show like this, language is no longer a barrier. The only downside is the 60-minute show is too short for what it brings.

Bamboo is an essential feature of Vietnamese rural life and in this show, it plays the part of a storyteller. Other than bamboo presence, A O is a journey of joy with acrobatics, dance, theatre and music based around Vietnam’s transition from rural to urban life. It not only depicts the daily activities but also interprets the dreams of Vietnamese people which are fanciful yet ordinary. It’s easy to feel the enthusiasm and energy being transcended from the dynamic and talented cast. From the amusing body languages to comical half-village, half-city situations were excellently performed. The Vietnamese life is characterized meticulously from the peaceful country life to the vibrancy of urbanization. It was powerful, funny and really kept everyone’s attention from start to finish. You’ll be amazed of how contrasting things can be lovely in harmony.

Someone might refer Teh Dar as another version of A O Show which illustrates the lifestyle and culture of South West Vietnamese tribe life. But it’s much more than that. The name Teh Dar means “going in circle” represented the South West Vietnamese’s belief in the reincarnation and how the cycle of birth, suffering, death and rebirth effect in each member of the society. Of all 3 shows from Lune Production, Teh Dar exudes the most mystical ambience from the very beginning. The masks were being wore by the artists in the back of their heads, plus the sounds of enchanting music from tribal instruments like buffalo horn are quite haunting. All of these establish the sense of the mountains and jungles. Every minute of it will keep you wowed. During the performance, the audience will be taking from one surprise to many others. The 60 minutes of excitement and artistry is filled with stunning yet daring acrobatics, and hypnotizing melody from exotic tribal instruments. Be prepared for the whispers of “Wow”, “Amazing” and “Fantastic” were heard so frequently during the show. And just like the tribal people’s belief, as the artists keep inspiring, the circle of tribal life keeps going, the cultures shall remain.

Regarding to the cast, Hoi An Memories Show features the biggest cast out of these 6 ones with 500 artists and they will be performing a magnificent show in a 3000-seat arena. The show offers a picture of Vietnamese culture via a historical lens. Hoi An used to be the multi-national trading port in Southeast Asia in the 1500s, known under the name of Faifo. This era immensely marked a crucial trace and mostly created the unique charm of Hoi An as it has always been for ages. During the show, you can feel the authentic atmosphere of a vibrant ancient port. The stage is glorious. It majestically portrays the grand mountains, the rivers surrounding the plains, from the dynamism of merchandising activity to the festive aura which becomes a trademark of Hoi An. In short, it has all that you expected about the ancient Vietnam and the trading port of Hoi An. The music adds another exquisite touch to the outstanding choreography.

At the end of the day, after strolling around other attraction sites, why not let an interesting show be a happy ending? Please be aware that the schedule is applicable only for August 2019 and can be changeable. It’s better to check with our experts beforehand. 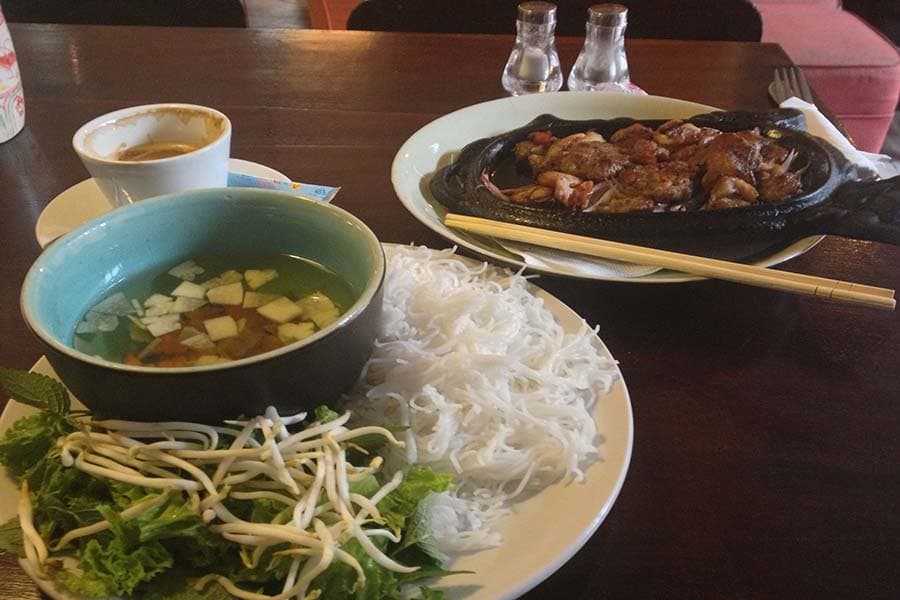 Buncha or rice vermicelli is the food eaten along with vermicelli, grilled chopped pork and sour, spicy or well-mixed fish sauce. This food which originates from the North of Vietnam is a really tasty dish in Hanoi capital. So this food could be regarded as a local specialty of Ha Noi cuisine. Rice vermicelli has some features similar to the food called vermicelli eating along with grilled meat in the middle and South of Vietnam, but this food is different by its fish sauce that is made a bit less salty than the rice vermicelli.
read more 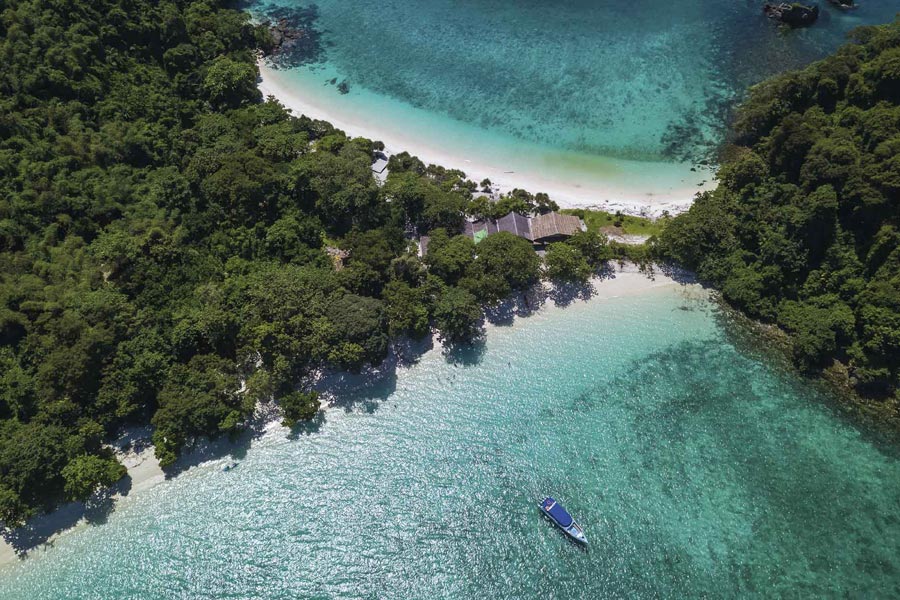 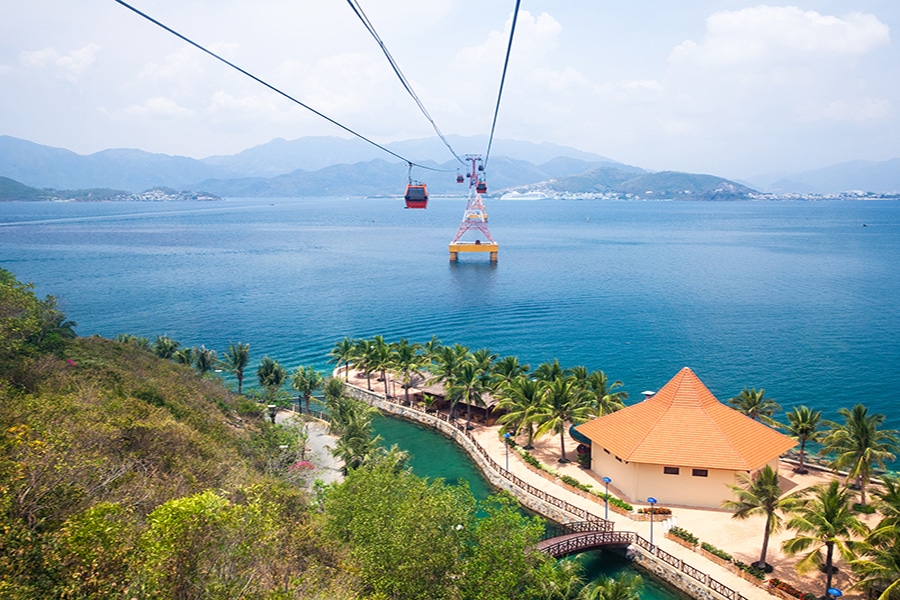 For those who enjoying traveling to Vietnam on a routine basis there is nothing more important than having a travel agency that you can rely… Share via: Facebook Twitter LinkedIn More
read more